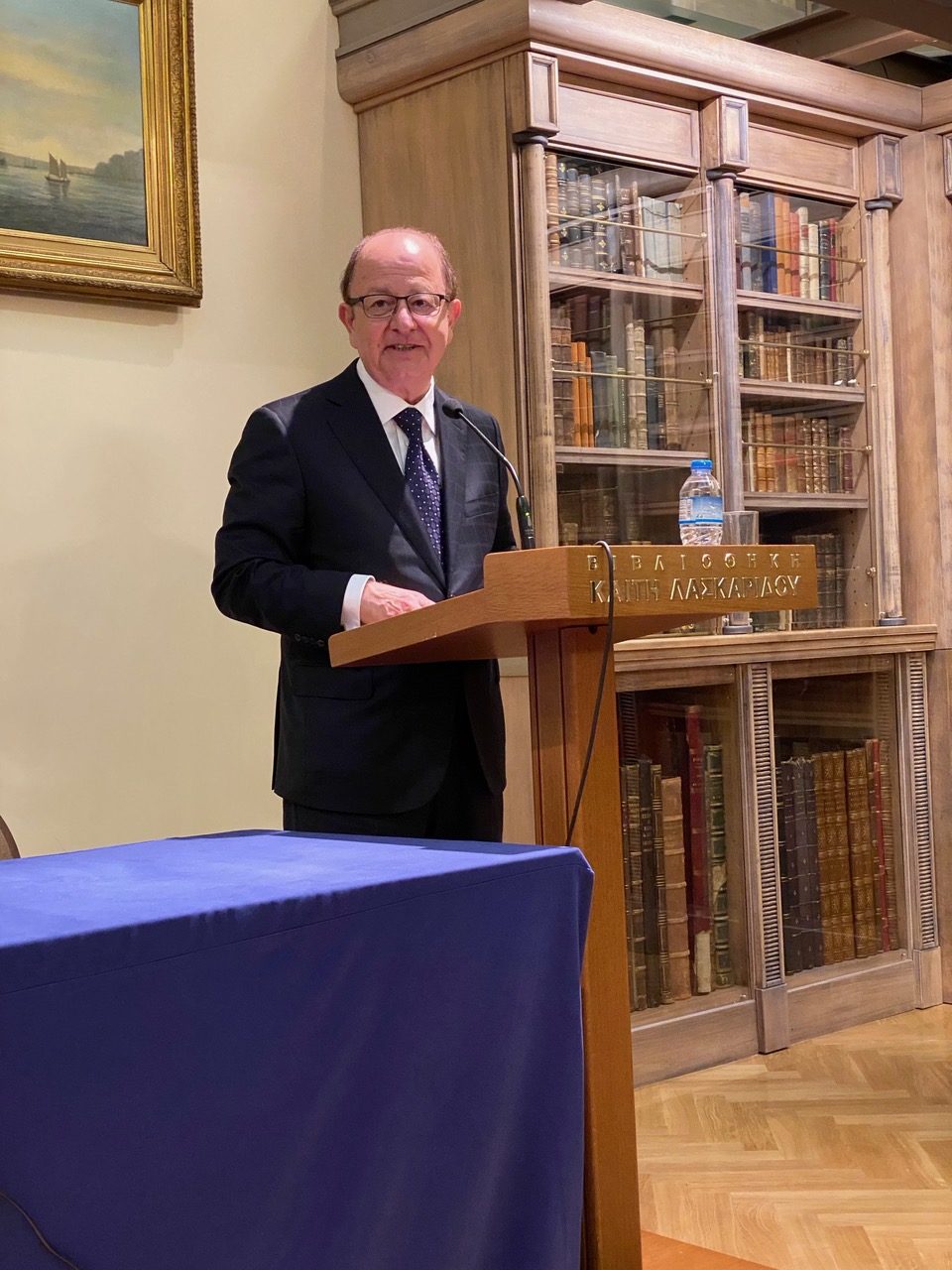 Delivering lecture at the University of Piraeus

President Emeritus and Professor C. L. Max Nikias recently returned from trip to Athens, Greece where he worked to establish research collaborations between his Malcolm R. Currie Chair in Technology and the Humanities and two Athens-based universities.

At the University of Piraeus, Nikias delivered a lecture at the Laskaridis Foundation Library entitled, “Online Education: The Promise and Challenges.”

“At no point in the history of electronics technology has so much change occurred so rapidly as today,” he told a large number of students and faculty. “It is no surprise that we have seen a sudden explosion of online educational enterprises around the world.”

He cautioned that universities and students must be willing to experiment with new approaches to learning and teaching. “I believe we must not be too attached to the old ways.”

Nikias also visited his alma mater, the National Technical University of Athens. At both schools he had a series of meetings with faculty and university leadership.

“We are pursuing the exchange of visiting scholars,” he said.

While in Greece, he also met with several senior officials, and former officials, in the Greek government.

“I had meeting with the former Deputy Prime Minister of Greece, Evangelos Venizelos to explore collaborations between his E-Kyklos think tank and USC,” Nikias said.

Sofia Zacharaki, currently Deputy Minister of Education and Religious Affairs and Nikias met to discuss the impact of technology on education and K-12 programs for underprivileged children.

“She expressed interest in visiting Los Angeles to see our neighborhood outreach programs,” he said.

Christos Staikouras, the Greek government’s Minister of Finance, and Nikias also had a fruitful meeting. “I invited him to USC and Los Angeles to lecture on the economic recovery initiatives currently underway in Greece.”

“I’ve been invited to give a series of lectures on leadership lessons from the classics as well as disruptive technologies and entrepreneurship.” 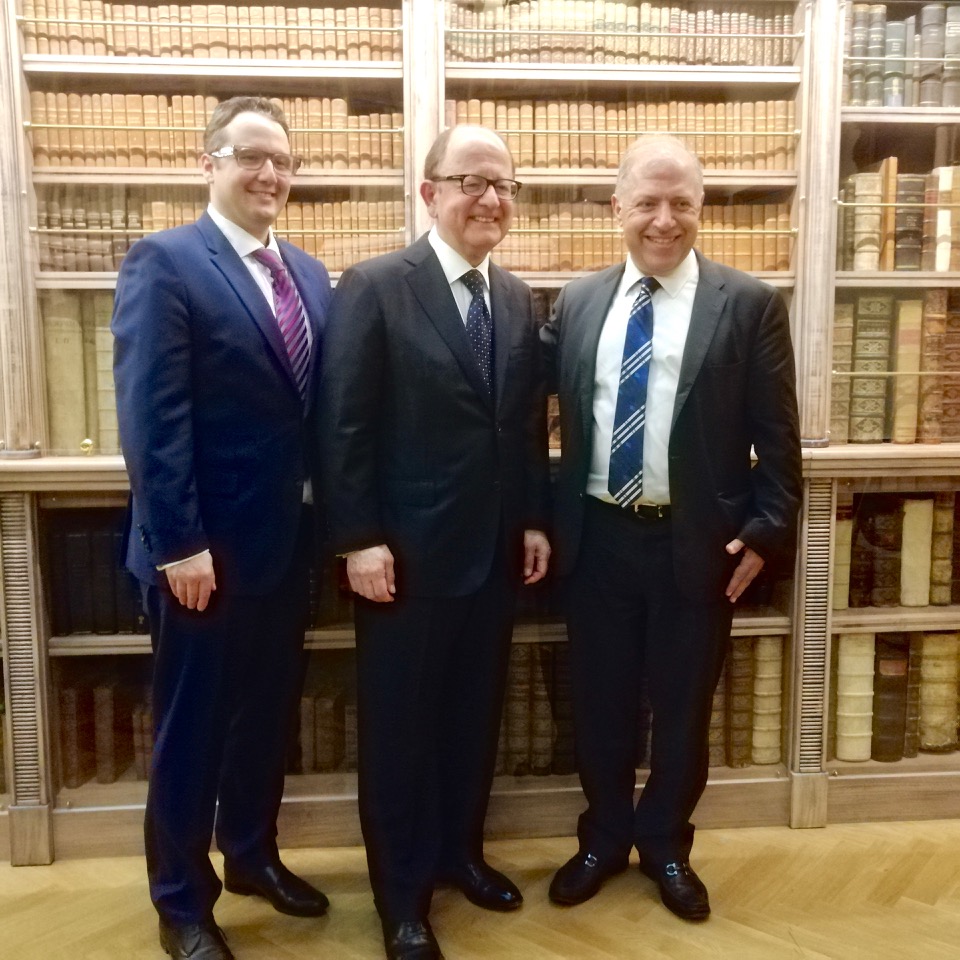 At the University of Piraeus with Professor Michael Sfakianakis (right), dean of the School of Economics, Business and International Relations, and Professor Aristotle Tziampiris (left), chair of the Department of International and European Studies 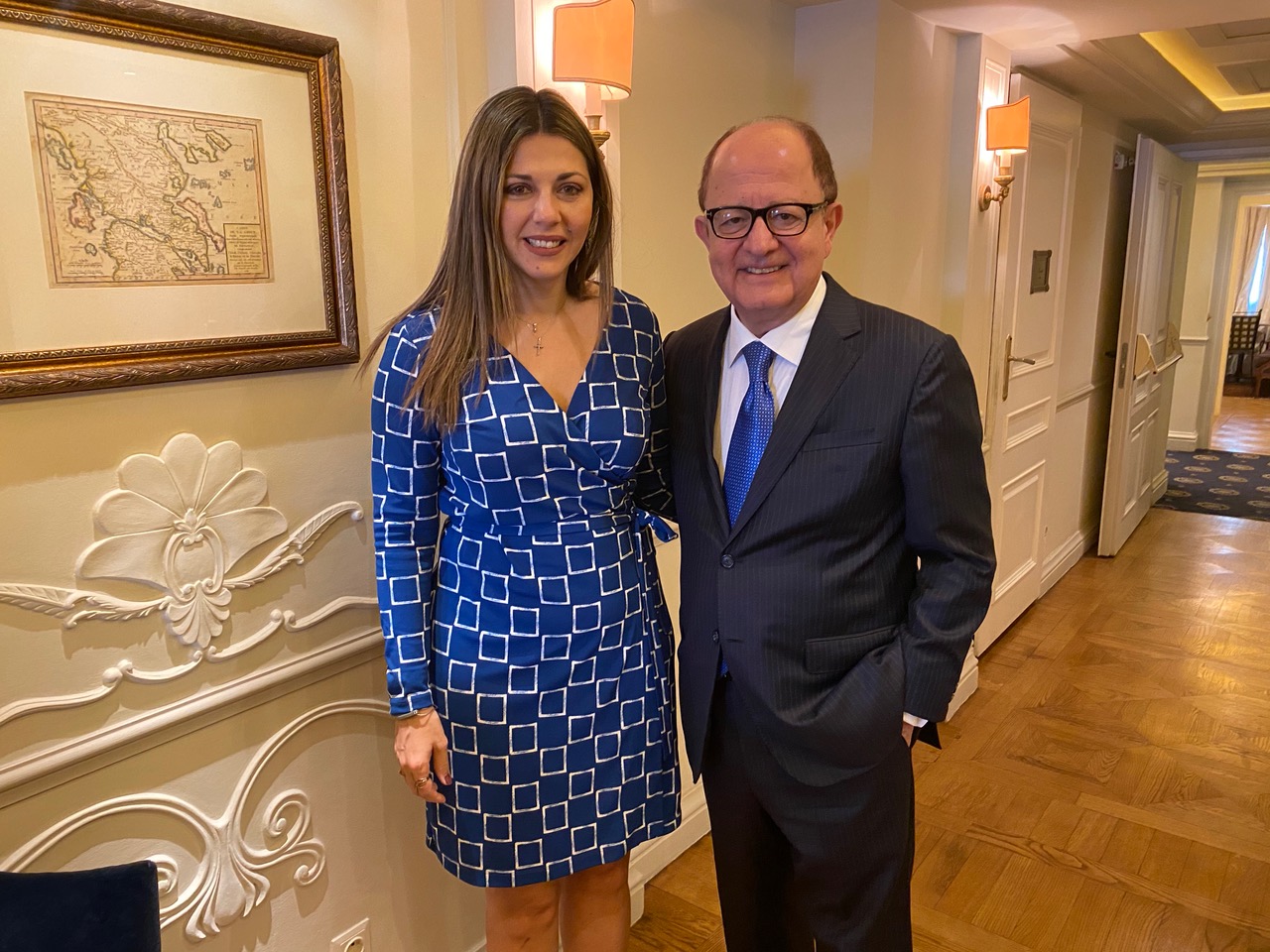 President Emeritus Nikias and Sofia Zacharaki, the Deputy Minister of Education and Religious Affairs of the Hellenic Republic 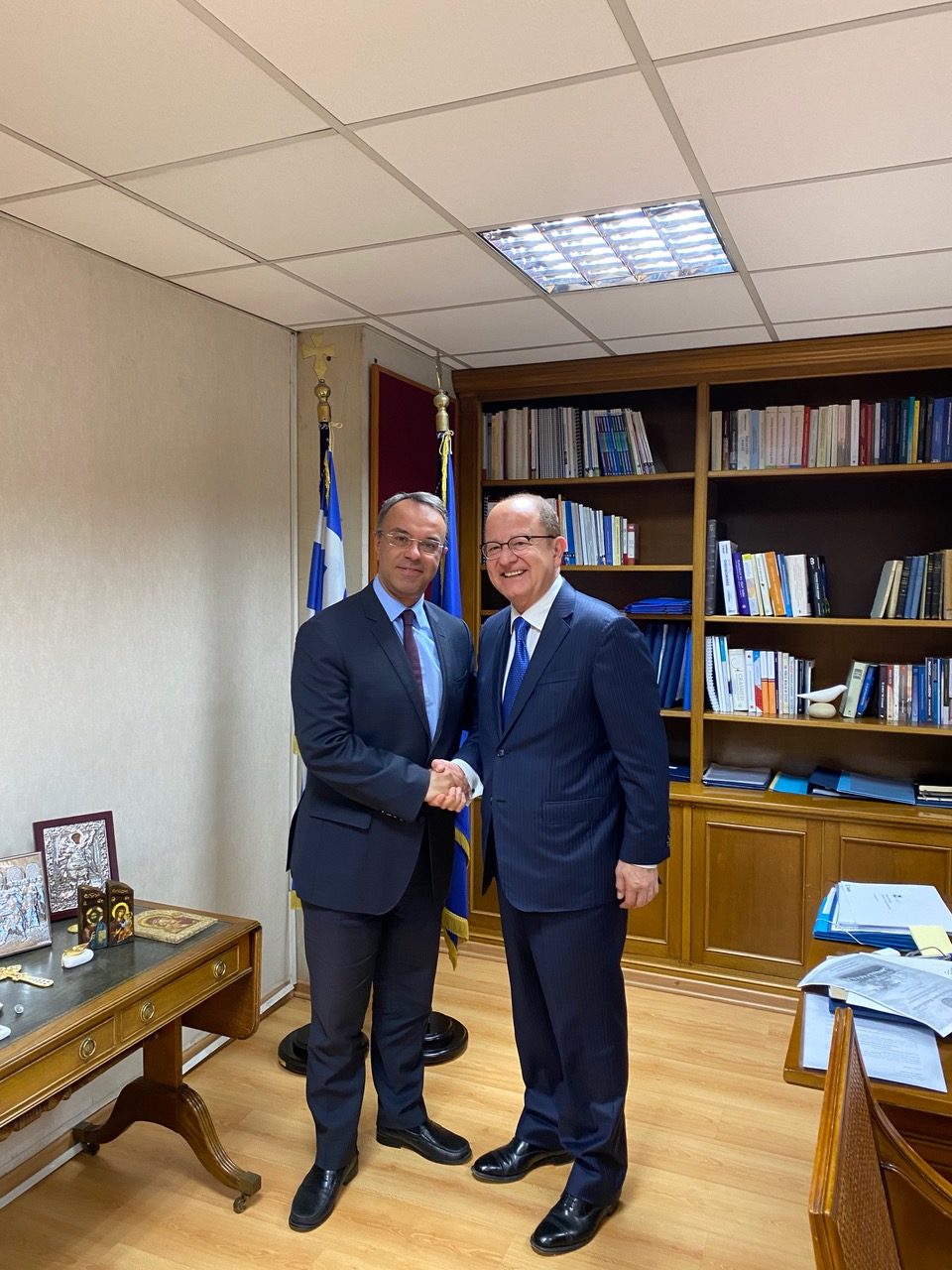 Meeting the Minister of Finance of the Hellenic Republic, Christos Staikouras 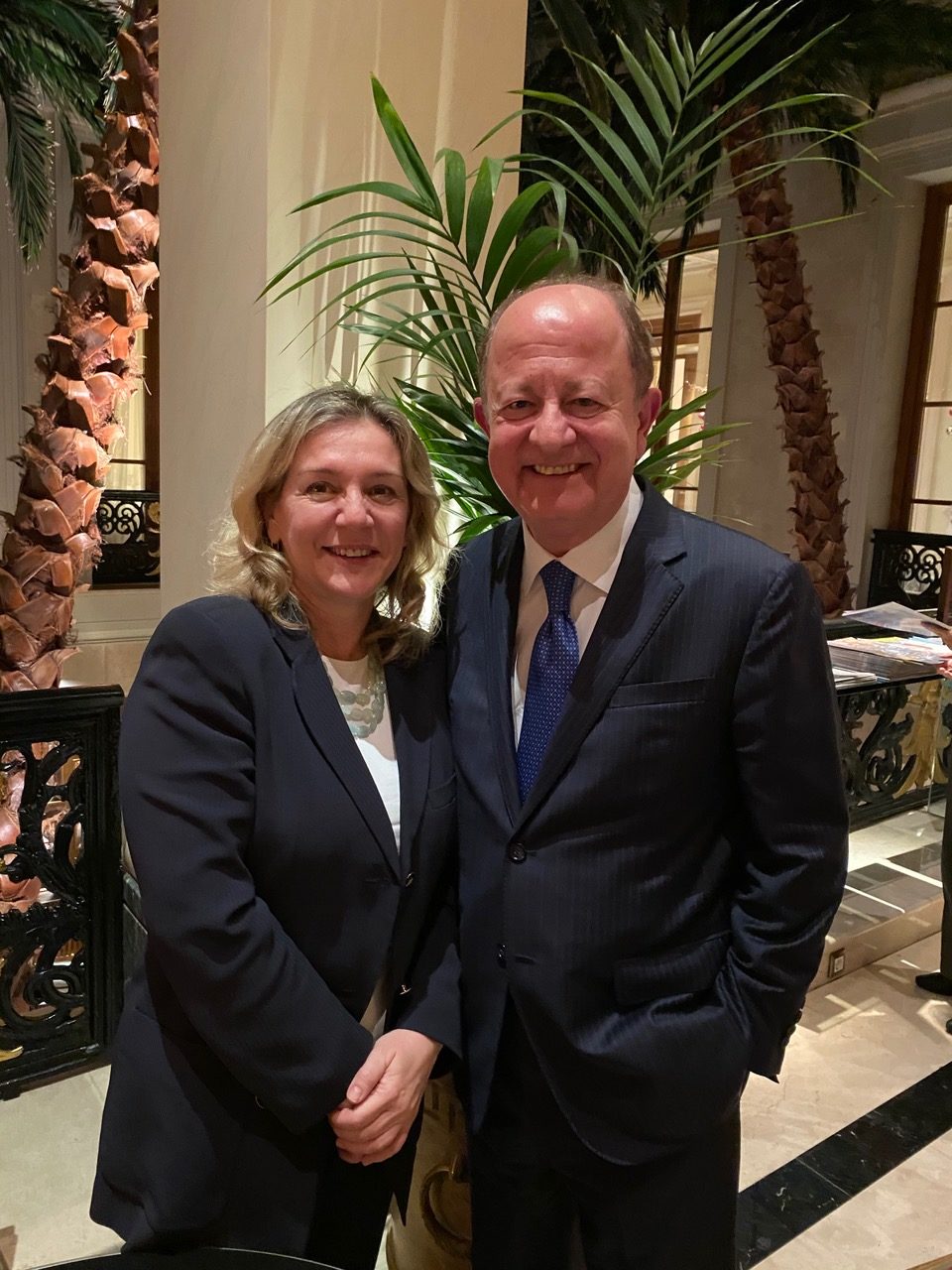